I found some statistics regarding Spanish language and culture that I thought would be good to share with you.

– Today, depending on the institute that does the servey, Native Spanish speakers around the world today sum up about 450-500 million. And out of those 450-500 million 45 live in the U.S.A. today.

– The second fact of relevance that I read is that In three or four generations, 10% of the world population will communicate in Spanish; and Spanish will dominate in some areas of the United States.”

– “Spanish and English are in a virtual dead heat to be the second most spoken language in the world. As of 1999, Spanish had 332 million speakers, while English had 322 million. They were far behind Chinese, with 885 million. (If people who speak English as a second language were included, however, English would come out on top.)”

– Economic weight: Bilateral trade between Spanish speaking countries has increased a 290%; and the growth of Hispanic companies has been 31%, compared to 10% average growth of American companies since 1997.

The two websites below show some fascinating figures that are worth while taking a look at if you are passionate about Spanish language or just learning Spanish.

So, Spanish language and culture is growing very fast in the world; in number of native speakers, as well as those who speak Spanish as a second language; in economic weight, scientific weight worldwide; on the internet, and as a cultural reference too. The Instituto Cervantes is doing a great job worldwide in promoting Spanish culture in almost every corner of the world. During the two and a half years I lived in Beijing I happened to be invited in several occasions to some cool events that were organized by it, and it was interesting to see how popular Spanish culture was among Chinese. Some would see it as practical and useful for business purposes. For others it was just exotic or glamourous. I was happy to seeing my language thrive among such different cultures and people. 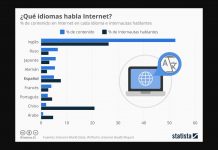 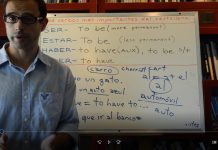 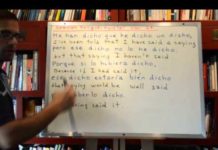 CHOOSE THE CORRECT way for saying "How long will you be on the road?":

ENGLISH – SPANISH – GERMAN – Practice by reading in the...